One of the earliest longrifles ever found. Possibly dates pre-1750. It has a very early curved plate original flintlock with hardware found on trade guns from the second quarter of the 18th century. It is stock in maple and has it original carved patchbox cover (note the unusual iron stop on the cover latch which is probably the reason it survived.) the only other led stop like this was shown to me by Jon Bivins on a wooden box longrifle with Fort Dobbs history in Statesville, NC building 1756. This longrifle was found in Missouri.  The barrel is 40” long and it is 55” overall. This American stocked longrifle has hardware from an early trade fusil with the “Christmas Tree” finale ( see Hamilton book on unearthed trade fusil hardware). It has a large smoothbore. I believe the cheek piece was added at a latter time. No doubt this is the earliest longrifle I have ever owned. George Shumway said it could be the earliest longrifle he had ever handled. The only carving is on the original patchbox cover which is styled after the finale on the trigger guard.  This is what one would expect from for an early longrifle that was probably made in the south and used in the Cherokee Wars,  French & Indian War and the Rev War. Given where it was found this longrifle could have been used by the militia and by a Native American. Very hard to find a n early frontier longrifle. Very nice original condition. 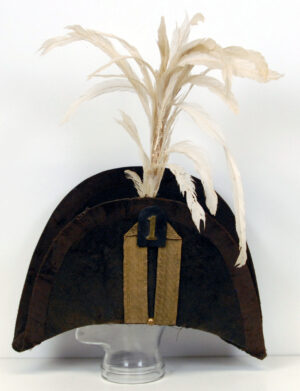